NORAD has officially purchased a domain recently with their website name as http://www.itrackedsanta.com/. Since we found a way on last week, we learned that the website should have officially licensed NORAD Tracks Santa products up for grabs, so we can expect a lot of purchases to be made this year and maybe given to a charity of some sort or to better the NORAD Tracks Santa program in the future. Check out what it looks like this year… 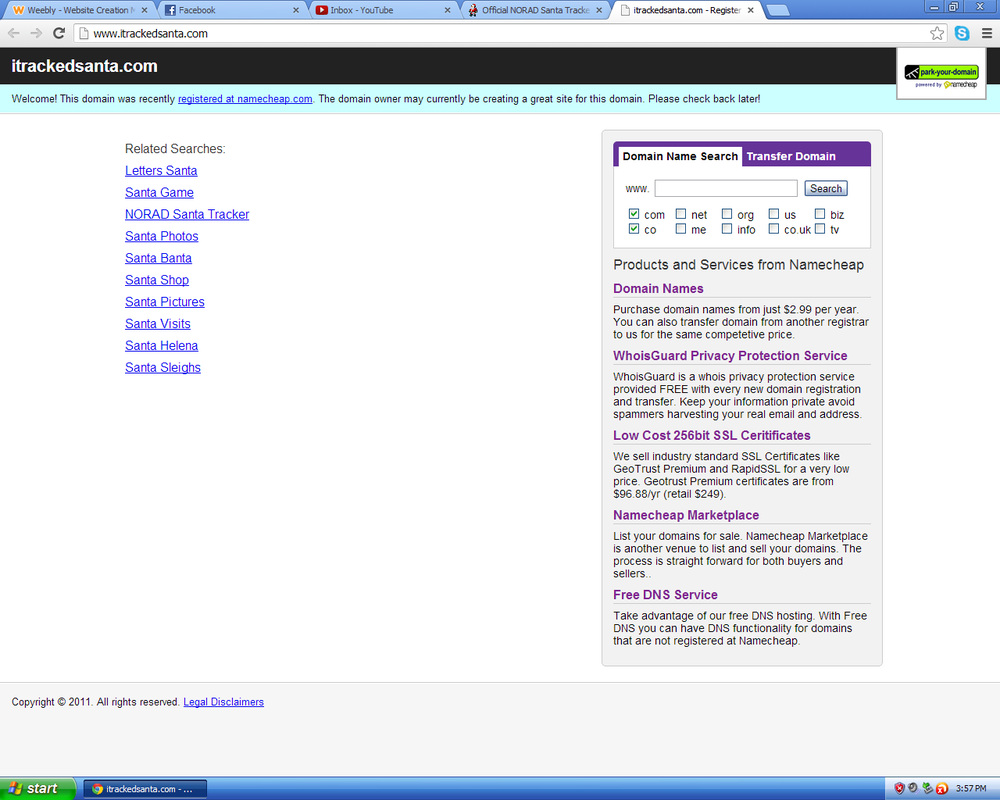 As you can see, the website domain has been bought, but it is all still under development for its major release on December 1. Remember to keep checking back throughout November and December for more Team YANTSU and NORAD Tracks Santa updates as they become available. Don’t forget to follow us on Facebook and Twitter at the top-right corner of our Weebly and to also check out “Other Fun Websites” under the “more…” tab if you get bored.